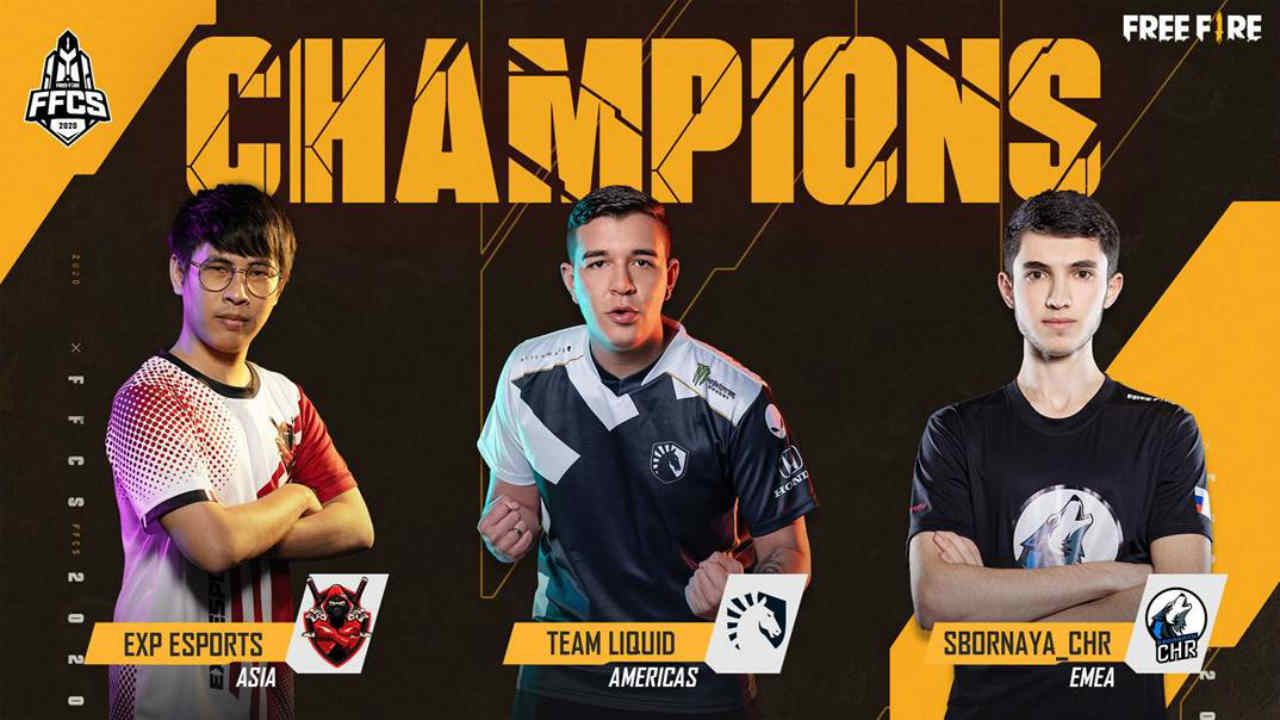 The Free Fire Continental Series (FFCS) has concluded, and we have our winners for all three regions. To recall, the FFCS was held in three regions, namely Asia, EMEA and the Americas. Each region’s Grand Finals saw 12 teams compete in the same format. All teams battled over six rounds, across all three classic maps. This included Bermuda, Purgatory, and Kalahari. Points would then be awarded based on round placement and the number of kills. Sbornaya ChR (CIS), Team Liquid (Brazil), and EXP Esports (Thailand) won for EMEA, Americas and Asia respectively. Each team picked up US$80,000 of the combined US$900,000 prize pool.

India’s representatives in the Asia Series Grand Finals, Total Gaming, tried hard, but fell short and placed eighth overall. The team scored 70 points and 17 kills. Vatsal “TG_VasiyoCRJ7” Garasia, from Total Gaming Esports, said: “Winning and losing are part of the game. And seeing the overwhelming support from the fans really motivated us and made us feel really good! For that, we are grateful and will continue to work even harder!”

However, the victors of the Asia series were Thailand’s EXP Esports, which managed to beat their compatriots, King of Gamer’s Club by a single point. The fight for the final podium spot was even more closely contested with Indonesia’s RRQ Hades and EVOS Esports ending on the same score of 133 points. However, RRQ Hades was awarded the win by having a higher number of placement points.

Garena also claims some impressive viewership figures for the event. The Asia Series was said to offer over 2.5 million Peak Concurrent Viewers (PCV), which is said to be a new record for Free Fire esports. The Americas Series and EMEA Series got over 1.7 million and 300,000 PCV respectively. By comparison, the Free Fire World Series (2019) obtained slightly over 2 million PCV last year.

Over in India, the Hindi stream of the Asia Series Grand Finals obtained a staggering 47 million views on YouTube alone.

ReformerNews - July 31, 2021 0
Russia on Friday launched administrative proceedings against Facebook's WhatsApp for what it said was a failure to localise data of Russian users on...

ReformerNews - July 31, 2021 0
Polish police on Friday said they had uncovered a bitcoin mining operation in their own headquarters in Warsaw."A civilian employee, not a police...